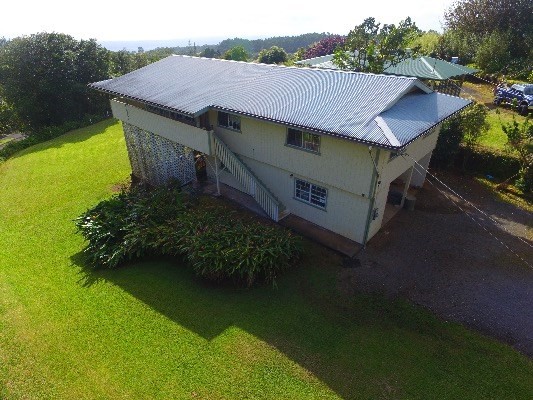 Best 5 attractions to explore in Hilo

A world of its own across the island with tourist attractions of Kona and Kohala, Hawaii’s largest city and its county seat, Hilo is one bundled package with the taste of real Hawaii served in a tropical, lush setting. Whatever you have heard about the place in the past, here are few amazing things to do in Hilo that you won’t want to miss!

As it goes by the name, Banyan Drive is a tree lined avenue that is famous for its banyan tress. Not only is this home to the largest hotels in Hilo along with Lili'uokalani Botanical Gardens and Banyan Golf Course. You can take a walk down the “Hilo Walk of Fame, which is named after banyan tress planted by various celebrities. Banyan Drive runs alongside the Walakea Peninsula which is east of the Hilo airport making it easily accessible for tourists.

If you don’t know it yet, Hilo is a waterfall paradise. It is the rainiest city in the United States with more than 130 inches a year at the shores and even more in the uplands. Having said that, Hilo is warm with temperatures mostly at 70s and 80s at the daytime – so, it’s amazing to enjoy the waters. The most popular one is the Rainbow Falls at Wailuku State Park which is a few miles from downtown. It cascades 80 feet over a renowned cave.

Sitting on the edge of Hilo Bay on Banyan Drive, Lili'uokalani Park and Gardens is named in the honour of Queen Lili'uokalani, who was Hawaii’s last reigning monarch. This 30-acre park is a tribute to the Japanese immigrants who once used to work at Hawaii’s sugar cane fields. The authentic arched bridges in the Japanese gardens along with pagodas and fishponds are the larges of their kind that you’ll see outside of Japan.

More than 200 vendors sell locally grown and made foods, flowers, island crafts and a lot of other stuff at the Hilo Farmer’s market. If you are not that much into shopping stuff and more of a foodie, slide under the tarps across from the Hilo Bay and try different varieties of fruits while mingling with the tourist and locals. This is one of the top farmers market in the entire country – which makes it a must see place in Hilo.

A not much talked about place is the Kaumana Caves but is definitely a place to visit on our list. It is an expansive lava tube that formed during the eruption of Mauna Loa Volcano in 1880-81. It is slightly lesser known than its sister Nahuku which is in Hawaii Volcanoes National Park, but you’ll be impresses by its length and size. It is located 4 miles from Hilo Bay west on the Kaumana Drive.

With so many things to do here, numerous big island attractions and interesting sites, give yourself plenty of time to explore this lush tropical paradise.