10 Best Tourist Attractions to Visit in Greece in 2018 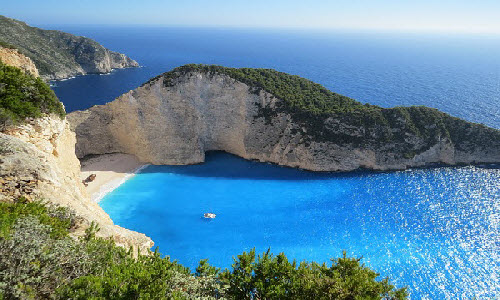 When breathtaking natural beauty melts into grand human creations that mark the birth and evolution of civilization, magic happens; and the most magical of such places is Greece. Nothing compares with historical Greek architecture and sculptures, and nothing compares with Greek coastline either. Even for the less ardent of travelers among us, Greece is one of the first places to think of when we are seeking out holiday destinations.

Visit these top 10 beautiful places in Greece and enjoy every single moment of your life in this wonderful country. 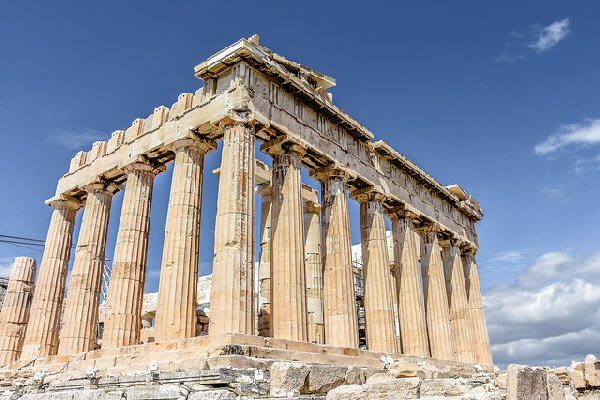 Acropolis is a sight to behold, and an experience that amazingly immerses you in history. Perched atop a hill, the 5th century citadel and the three temples around it are an icon of Greece, the way we see it in pictures representing the fascinating country. The famous Parthenon forms a distinctive part of the Acropolis.

A visit to Acropolis also takes you through many more ancient landmarks of Athens including the Roman Forum, Temple of Zeus, Kerameikos and Ancient Agora. With so much to see and do, Acropolis makes for an enthralling walk, and you can spend as long as you like here exploring one marvellous treasure after another. 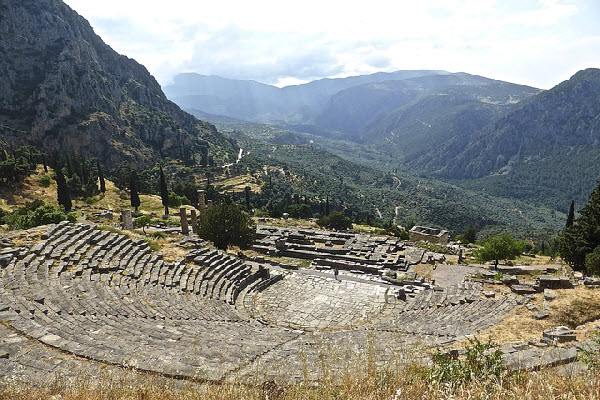 Delphi, back in the day, used to be the epicentre of religion in the world. Considered to be one of the most auspicious places on earth, the patrons of the temples here ranged from kings to priests to common people. The Temple of Apollo is one of the most popular attractions of Delphi. A UNESCO World Heritage Site, Delphi has ruins of temples and theatres, dating as early as 8th century BC. Delphi Archaeological Museum houses an incredible collection of objects from the historical site.

Besides the abundance of history and mystic stories the structures here boast of, Delphi has damn picturesque spots all over. You get breathtaking views of the hills and the Corinthian Gulf. 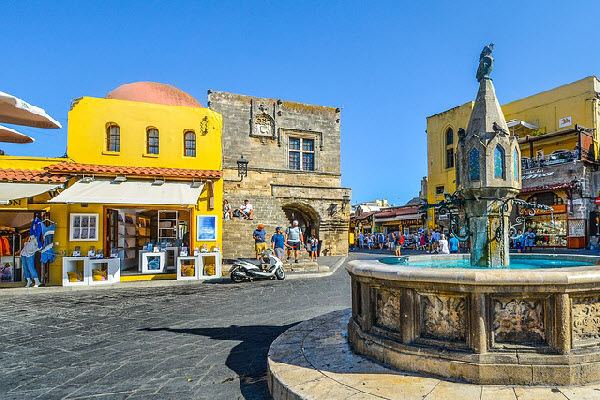 Rhodes Town is the capital of Rhodes islands in the Aegean Sea. It’s a UNESCO-listed tourist destination and has countless delights to offer to all its visitors.

If walking on cobblestoned streets is one of your favorite European things to do, Rhodes Town will take this experience to a whole new level. With quaint little shops and eateries at every corner and majestic towers and gates marking the greatness of human endeavour, Rhodes Town mesmerizes you in many ways.

From Rhodes Town, you can also visit many other popular tourist attractions, including some in the bordering country of Turkey like the Marmaris. 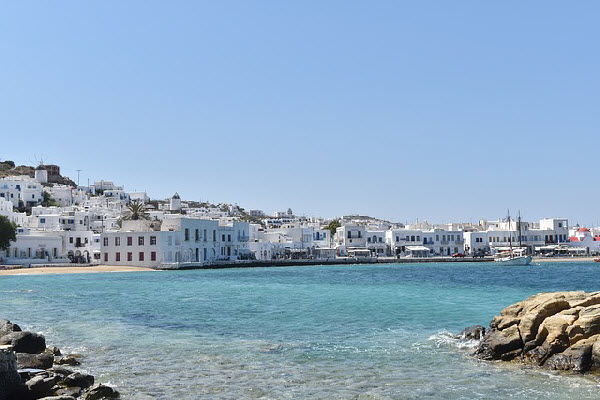 Mykonos promises you a most fabulous island vacation. The incomparable natural beauty merges harmoniously with the iconic blue and white architecture and is perfectly complimented by the leisurely pace the town moves at.

With live music around every corner, the most impressive of boutique hotels and divine seafood on offer, Mykonos Town make leaving this town an impossibly difficult thing to do at the end of your vacation. The deep blue waters of Santorini bridge the gap between dream and reality. The beauty, sensuality and rhythm of this place are surreal. Fira and Oia on the west coast of Santorini are the most visited towns here. The towns are not only dream-honeymoon destinations but also host many a destination wedding of couples from around the globe.

Santorini houses Akrotiri, a famous archaeological site. It used to be a Minoan settlement before a volcanic eruption, some 3600 years ago, buried it under lava and gave shape to the caldera.

Do not forget to spend some time at the volcanic sand beaches on the eastern and southern coasts of Santorini. 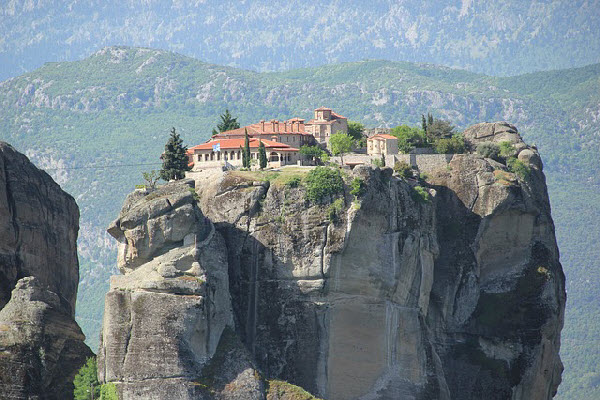 Meteora Monasteries have a rather mysterious feel to them. They are one of UNESCO World Heritage sites. Of the many monasteries here, six are open to visits. Each of them stands right up a cliff and will require a little bit of hard work on your part to get to them; but the Byzantine frescoes, candles and the out-of-the-world ambience in there will make the climbs worth it. In addition, the views from up there will be amazing. Mycenae is even older than the Delphi or Acropolis – for history lovers, it’s a place to swoon over. If you love to listen to legends and believe in them, you will have a lot of fun finding out about its formation while you are roaming around the site. For a little background, this place is said to have been created by the Cyclops, and this is where King Agamemnon of the Trojan Wars lived and ruled. The town saw its golden years in the 14th century BC when it was the seat of the Atreid Dynasty. A walk through the Peloponnesian Argolid and its olive-clad ridges is unbelievably picturesque, mysterious and memorable. 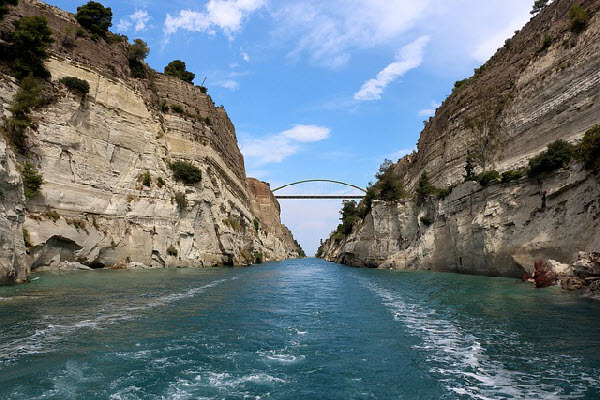 Corinth was an important coastal town and navy centre of ancient Greece. The magnificent waters of the Corinthian Gulf and the majestic ruins invite many a tourist every year. For a little peek into the history of Corinth, this place served as a common point of contact between two ancient superpowers of Athens and Sparta during the years of the Peloponnesian War.

The Archaeological Museum of Corinth displays treasures of art and culture that have been around since the early days of the kingdom. It’s a must-visit for everyone interested in the intriguing stories of old Greece. A trek through exotic Greek outdoors will be an experience to recount for decades. The Samaria Gorge, on the Crete Island, is a 16 km stretch of utter natural wonder. Begin your hike from Omalos in the White Mountains and go all the way down to the Agia Roumeli, a point that lies on the Libyan Sea. This enthralling excursion will take you about five to seven hours to complete and will take you through magical variations in scenery. Lying in the Samaria National Park, the Samaria Gorge is on a tentative list of UNESCO. 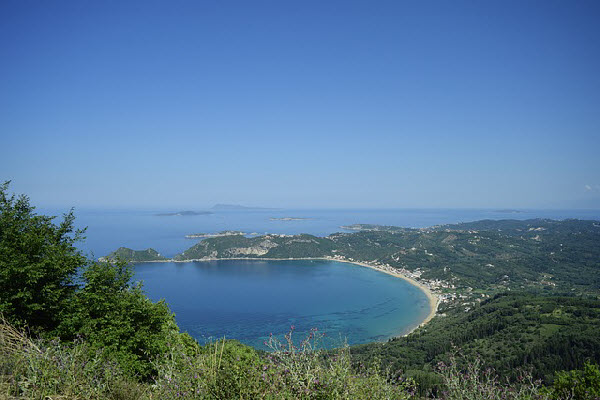 Corfu is a coastal wonder that joins the Albanian Adriatic coast to the Ionian Sea. There is so much beauty to be absorbed at every single beach of Corfu that nothing you would ever have seen will seem to get anywhere close. The coastline is no less than a roller coaster with twists and turns that make the place even more exquisite.

When you want to take a little break from enjoying the various beaches of Corfu, you can head to the Old Town area and treat yourself to sights such as those of ancient Venetian relics, castles and sunny boulevards.

Get further into the islands and you will find a treasure trove of cypress forests, dense fir trees, and mountains.

And these were just a few of the numerous delights Greece houses. Spend a few days there and you will have your own top 10 list in addition to the above places. The country, in all its corners and crevices, is meant to be admired and praised with the most glorious of adjectives. So head to Greece and have a terrific vacation!