10 Most Popular Tourist Attractions in America 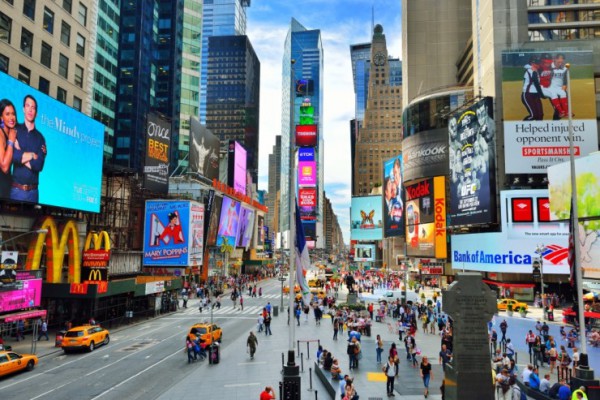 The United States of America is one of the few countries which are credited with early freedom. It is the fourth largest country area wise and has the world’s largest national economy. This global superpower country is home to diverse multicultural nations. The American tourism reveals astonishing and mesmerizing places and cultures which have the captured everything within itself beginning from the history to the wildlife. Below are 10 famous tourists' places of the United States.

Without any doubt white house tops the list of tourists’ places in America. Your visit is incomplete until you don’t visit this official residence of the president of the United States. The white house was constructed 221 years ago and has been the abode of U.S president since 1800s. A tour of the white house is given every day in small groups but it requires booking beforehand.

Next on this list is the amazing coral cay archipelago Florida Keys. It's a chain of tropical islands along the Florida straits. The word "key" means Small Island, derived from Spanish word Cayo. In earlier times the water route was the only way to connect to the keys but now bridges have been constructed connecting them to the highways.

Basic instincts, The book of Eli, the Day the Earth Stood and many more Hollywood movies have captured this landmark of America. The golden bridge was opened 76 years ago in 1937 and is a suspension bridge spanning the golden strait between San Francisco bay and the Pacific Ocean. It is one of Wonders of the Modern World and an international symbol of California and Unites States.

Visited by more than 3.3 million people yearly, Yellowstone national park is the first national park in the world with its establishment dating back to 1872. One of the most famous features of the park apart from the wildlife is the Old Faithful Geyser. The Yellowstone Lake is among the highest high altitude lake of North America and is also the home of the continent's largest super volcano Yellowstone caldera.

The wine countries! Yes, Napa and Sonoma Valley are among the premium wine growing regions of the United States. The history of the wine country can be traced back to the 8000 BC. The Sonoma valley and the town of Sonoma are known as the birthplace of the California wine industry.

Kauai is the oldest inhabitant Hawaiian island. Na Pali Coast Park spans across 6,175 acres and is located on the northwest side of Kauai. The shoreline of the Na Pali rises 4000 feet above the Pacific Ocean. For the tourists seeking adventure Na Pali presents the perfect opportunity in the form of hike, kayak and paddle board.

Culture is the main root of every country. The Cajuns are an ethnic group of people who have immense impact on the states culture. The unique history and the vibrant culture of Folkways and music all come alive in this U.S state of Louisiana which is the home town of the Cajuns.

The New York Times in 2008 listed the Texas hill country as a vacation destination. The place is also famous for being the attention of a large number of tourists which has resulted in giving a boost to its tourism. The hill country is a part of central Texas and south Texas. The geography of the region features vast topography and various types of native vegetation. The food, music and architecture of the area are a fusion of Spanish, Swiss, German, Austrian and Czech.

Located in the state of Louisiana, New Orleans was founded in 1718 and is a major U.S port. It is famous for its French Creole architecture and cross cultural and multilingual heritage. Also nicknamed as a “Crescent City”, it is referred as "most unique" in America. Apart from the music and food, the New Orleans museums, historic homes, churches and building of spectacular architectures attract a large of tourists every year.

One of the Seven Wonders of the Natural World, the Grand Canyon in the state of Arizona is a place, you shouldn't miss. Carved along the Colorado River it exposes 2 billion years of earth's geological history. The canyon with over 1 mile depth and 227 miles of length is a major attraction for the tourists visiting the United States.

Well, the list could go on. However, these are the best 10 most popular attractions in America. Visit these places to know more about the country.

Sorry, the comment form is closed at this time.